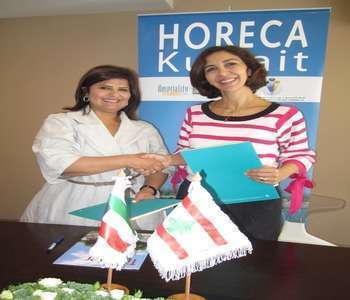 KUWAIT: Leaders Group for Consulting and Development (LGCD) in cooperation with the Lebanese Hospitality Services Company will organize the eighth edition of Horeca Kuwait Exhibition 2019 for hospitality, food industry and hotel supplies. The event takes place from January 13 to January 16, 2019 at the Kuwait International Fairgrounds (Hall 8) in Mishref. “The continued growth of this exhibition since 2012 solidifies its position as a reference for the hospitality, food and hotel supplies industries in Kuwait,” Leaders Group General Manager Nabila M Al-Anjari said. She added that ‘Horeca Kuwait 2019’ will be held with more momentum, which is already evident in reservations for participation that started as soon as the previous exhibition ended in January 2018. Anjari added that Leaders Group is keen on the growth of all indicators of this unique exhibition in the country. “Horeca Kuwait is known for boosting the contents of the hospitality and tourism sectors with for more than 20 years,” she said. “This is reflected on the types of services our company presents, and in making domestic, Arab and international partnerships to develop each of those services.” Anjari said that ‘Horeca Kuwait’ has already gained wide-scale fame in Kuwait and the region as a whole, as “it gathers major companies and establishments active in the hospitality, food and hotel supplies industries, as well as those that deal with hospitals, resorts and restaurants, besides experts, and investors.” Meanwhile, Hospitality Services Company Managing Director Joumana Dammous Salame spoke about the developed partnership with Leaders Group and its General Manager. “Eight years of our joint cooperation in organizing ‘Horeca Kuwait’, reflect the professionalism and credibility of this partnership, so continuity was achieved, in which we are confident in the exhibition’s positive effects on hospitality and tourism in Kuwait and the region,” she noted She said the ‘Horeca’ brand in Lebanon and other countries in the region became a partner in the growth of many commercial, industrial and marketing sectors related to hospitality. “This makes us shoulder the responsibility of achieving continued development to meet the requirements and hopes of exhibitors and specialists, as the hospitality sector is witnessing increased competition between several markets and hundreds of trademarks at all levels, under the international trade openness, as well as exchange of experiences and cross borders and continents industries,” she indicated. Salame said Kuwait is distinguished with having a major growth in hospitality, as the number of hotels rose to around 100, and investments in restaurants surpassed KD 600 million according to some sources, so organizers of Horeca Kuwait is well aware of the importance of its commercial, technical and organizational role.